The Fascinating History of Hot Dogs 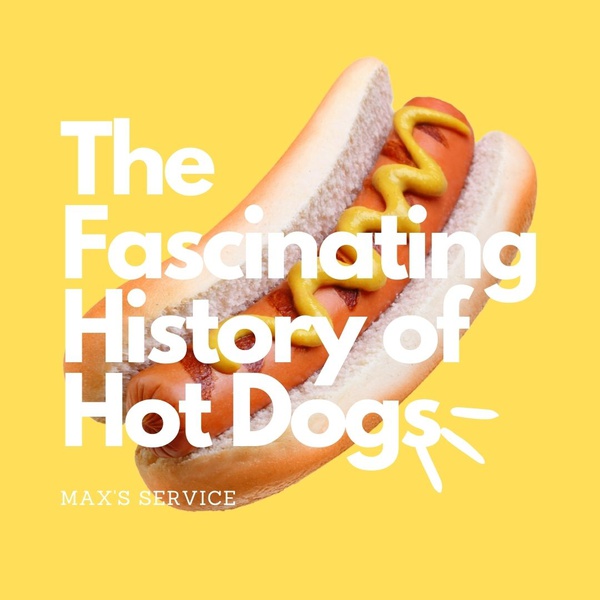 When you think of the hot dog, you’re likely in one of two camps. It’s either a nostalgic treat, reminding you of summer, baseball, and Americana. While others likely view hot dogs with suspicion or even disgust. No matter where you land on the spectrum of hot dog enjoyment, you’ll be fascinated by the cuisine’s unique, almost mythical inception.

According to some sources, the first hot dog was created all the way back at the peak of the Roman Empire. Emperor Nero’s cook, Gaius, is said to have taken the intestines of a pig that was mistakenly roasted with its innards still inside it. (Yuck)

In the heat of the fire pit, the intestines swole, filled with air. Gaius had the genius idea to stuff the intestines with various game meats, and viola, the sausage was born. The sausage, of course, is a close relative to the hot dog family, making its roots almost noble in its origin story.

Germans and Austrians Stake Claim to the Hot Dog’s Birth

Two European cities claim to have invented what we would now recognize as the hot dog all the way back in the 15th century. Residents of Frankfurt claimed to have created the “frankfurter” in 1484. Vienna claims to have created the “wienerwurst” right around the same time, leaving hot dog enthusiasts and historians alike with a fierce debate that wages to this day.

The Hot Dog Arrives in America

One thing is certain; we have German immigrants to the United States to thank for bringing hot dogs to America sometime in the 1800s. By the 1860s, hot dog carts, owned by German entrepreneurs, were ubiquitous in New York City.

The affordable, highly-portable cuisine quickly became a favorite at baseball stadiums and other sports venues as early as 1893. That’s when, it’s said, that Chris von de Ahe, the owner of the St. Louis Browns, paired hot dogs with the beer he sold out of his tavern. And like that, a legendary culinary pair was born.

To say Americans like hot dogs would be a massive, one would argue criminal, understatement. Each year, Americans consume 20 billion hot dogs. That’s over 350 millions pounds of hot dogs, at least, each year. 95% of American households will serve hot dogs in 2022.

If you’re like me, you grew up eating hot dogs (preferably with mustard and onions) on the grill all summer long. One of my fondest memories is having a hot dog with my dad and brother while watching one of the final games ever played at Tiger Stadium in Detroit.

So, are you a hot dog fan? Let us know in the comments. Thanks for reading and have a wonderful summer!