Food History: Why We Eat Pie at Thanksgiving 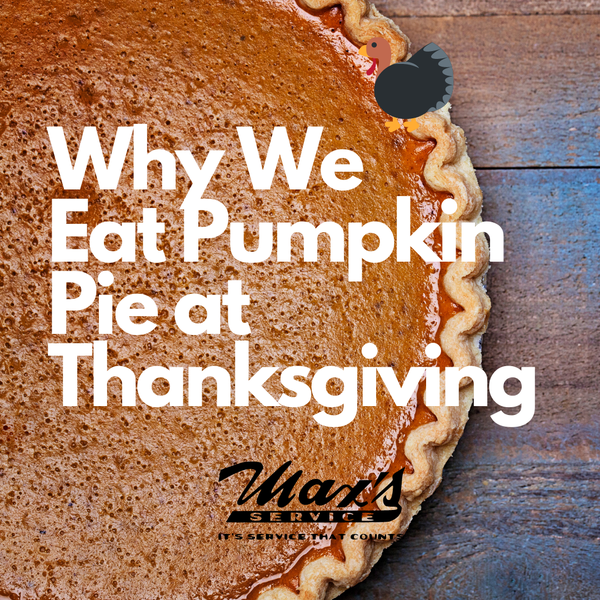 With ample time and a curious mind, I set forth to set the record straight about pumpkin pie and its relationship with Turkey Day.

Pumpkin pie is ubiquitous at Thanksgiving dinners around the country. An estimated 50 million pumpkin pies will be consumed on Thanksgiving Day alone. A huge contributing factor to pumpkin pie’s popularity at Thanksgiving is simple due to timing. Most pumpkin growers harvest their crop by late October. Nowadays, most folks aren’t buying pumpkins from the patch for their pies, but centuries-old traditions die hard.

The Importance of Pumpkins and Gourds to Native Americans

How the Tradition Started

Now that we know that late fall is prime harvest season for pumpkins and that these foods were massively important to Native Americans, it’s no surprise that pumpkins played a big role in Thanksgiving. When settlers arrived in Plymouth in 1620, Native American tribes brought pumpkins as gifts and taught them how to properly prepare them for stews and pies. The importance of pumpkins (and squash) and Thanksgiving has been a part of the tradition ever since.

As it turns out, pumpkin pie is an excellent reminder of the incredibly important role Native Americans played in the formation of our traditions, even lasting into our modern era.

Now for the big question; pumpkin pie or apple pie? Now with a little more history, you may have more of an inclination to give the nod to the pie that was a gift from Native Americans from centuries past!