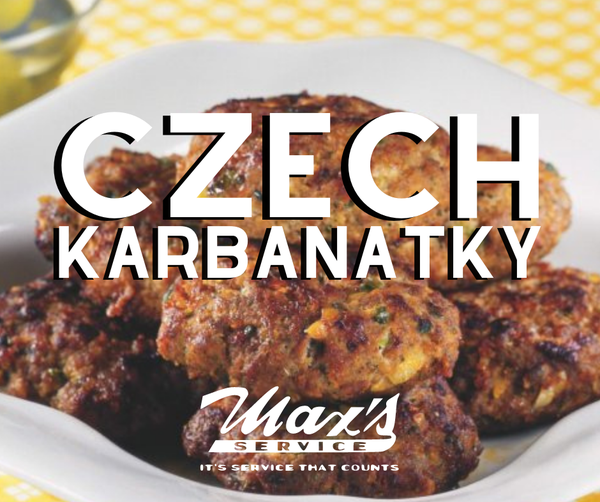 Since it’s tough to travel these days, we’re spending the next few weeks on a world tour via your taste buds! Celebrating some of the most famous, and most underappreciated, culinary offerings around, we hope you’ll get creative in the kitchen and give some of these international flavors a try!

Did you know much of Traverse City’s famous Slabtown district was settled by immigrants from the Czech Republic? Both before, during, and after the turn of the 19th century, millions of families immigrated from Eastern Europe to places across the United States and in the Midwest in particular. Czech, German, Polish, Austrian, Hungarian, and other nationalities tended to land in cities like Detroit and Chicago, including the Polish center of the state, Hamtramck.

Some made it a bit further north, including a sizable contingent of Czechs. Many of these families hailed from the Bohemian region of that country, though plenty of Moravians and other regional ethnicities also settled along the shores of Grand Traverse Bay. With them came a love of food, music, and tight-knit families, all of which are celebrated in their hearty, earthy cuisine.

Broadly speaking, Czech food relies on the vegetables and spices of home. Another characteristic is the penchant for adaptability, encouraging the chef to mix and match, introduce and remove certain elements of the dish based on preference and seasonal availability. One of the exciting prospects for local cooks is that many of those ingredients are common in northern Michigan!

Ask any Czech and they’ll probably quickly admit to having an aching sweet tooth, but some of the more prominent dishes are soups, roasts, and vegetable-based offerings. For this week, we’ve saved the sweet and tasty kolaches for another time and opted to introduce to you Karbanatky.

As you might expect, this dish allowed for plenty of interpretation. Most often, these patties start with minced pork, beef, or chicken, but other recipes also incorporate lentils, beans, potatoes, or fish. Growing up, our grandmother typically made these with either salmon or lentils, but all of the spices were the same with either dish.

When making Karbanatky, spend time getting your patties nice and packable; they should come together much like a hamburger. Be generous with your spices, especially garlic. As in many cultures, Czechs have long attributed garlic with plenty of health benefits, especially to ward off winter colds.

These patties pair well with soups and salad. We often saved leftover patties for our school lunches, putting them into a sandwich, or even cutting them up into rice or salads.