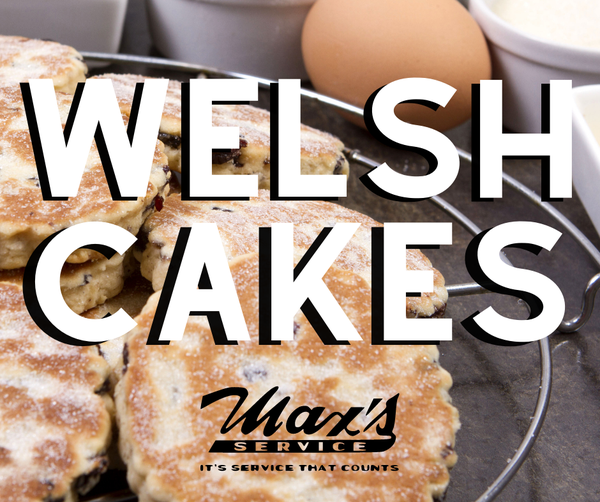 One of the best parts of spending a bit more time at home is the opportunity to really get creative in the kitchen! Each weekend, we’ve been picking at least one new recipe to try out, adapt, and get a little creative with. The best dishes and desserts are those that are endlessly customizable to meet your tastes and moods.

This weekend, we’re taking a culinary trip to Wales for something a bit different!

Welsh cakes are hard to put in a category. They’re part pancake, part muffin, and part cookie, and yet they’re not really any of those things. They are thick and hefty, making them a good meal for breakfast, but also something you’d have no qualms about putting in your bag as a snack later or heating up for dessert. They even taste amazing coming out of a toaster if you chill or freeze them!

Welsh cakes are from, you guessed it, Wales. Traditionally, these tasty treats are called ‘bakestone cakes’, and the Welsh name for them is exactly that. They’re a fixture at tea time in Wales to this day, as well as being the breakfast of choice on St. David’s Day, March 1.

Welsh cakes were usually made with currants, but today, modern adaptations substitute raisins, dried cherries, blueberries, mangoes, and for those with a real sweet tooth, chocolate chips.

These treats have really evolved into a sentimental and important part of Welsh culture, especially as the world has shrunk and national identities have blurred. They’re often sent along with friends and family traveling or even mailed to loved ones living abroad. It’s a real testament to the role food plays in bringing us together, giving us identity, and forming bonds with the places and way of life of our own tribe.

For this recipe, we’ve got two resources for you, plus just a few tips. We really like this King Arthur flour version of Welsh cakes because they’re just a bit sweeter. There are also a few different ways to finish these off, including a more traditional powdered sugar or cinnamon and sugar, too. We’ve also enjoyed these with honey and jam, or even dunked into a glass of milk.

This video is a visual way to see the process, and the narrator is absolutely charming! Now, you’re going to notice right away that these are heavy on dairy, including butter and milk. For those with different dietary needs, we’ve also found a vegan Welsh cake recipe that’s just about as good!