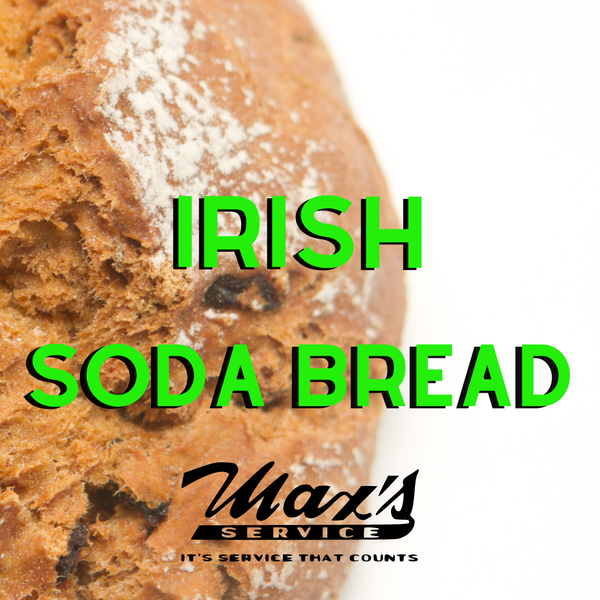 We’re back with another Get Creative contribution to your culinary repertoire! Rolling closer to March, it’s time to start thinking about St. Patrick’s Day and whipping up another loaf of Irish Soda Bread.

Like so many holidays, St. Patrick’s Day brings together family, food, and a collection of long traditions. The saint’s day and the celebrations around it have changed over the centuries, but soda bread has become a favorite for revelers for generations.

St. Patrick’s Day has been observed in Ireland for over one thousand years. St. Patrick himself was born in Britain in the fifth century. At the time, the Romans still held sway on the island and imported and popularized Christianity. At some point in his life. St. Patrick was kidnapped and taken to Ireland to work as a slave. He eventually escaped back to England but returned to Ireland to spread the new religion.

He was martyred on March 17, 471, which is why the holiday remains fixed on that date. His legend has grown over the years and his name has become synonymous with the Emerald Isle. Since at least the 10th century, March 17 has been considered a feast day, giving Lenten Catholics an excuse to eat meat, drink beer, and take a break from Lenten restrictions.

The first St. Patrick’s Day parade was actually held in America. Irish soldiers serving in the British Army during the American Revolution marched through occupied New York City in 1772, and similar festivities grew in the years that followed, embraced by a growing Irish population in the city. Today, millions of Americans feel at least a bit Irish one day per year, drinking green beer and cooking traditional Irish foods.

Perhaps one of the most accessible, and delicious, recipes associated with the holiday is Irish Soda Bread. The bread isn’t actually that old, with the earliest mentions dating back to the 1830s. It was a bread born of necessity. Yeast was expensive and hard to come by, and most of Ireland produces what is considered soft wheat, which doesn’t bake as well with yeast in any case. With the advent of baking soda, the Irish were able to bake a no-yeast bread not in an oven, but in an open pan over the fire or hearth. The earliest recipes used sour milk, but today most opt for buttermilk. A lot of experts also recommend keeping the butter cold before mixed into ingredients. Don’t forget to mark your loaf with a cross on top, either!