The History of Mac and Cheese 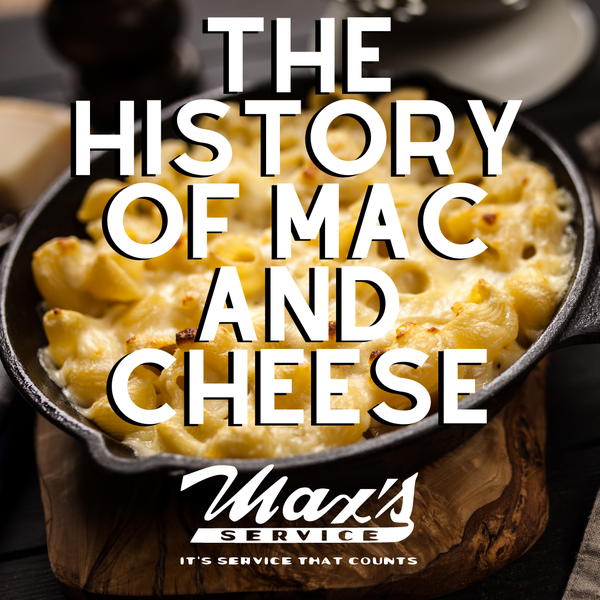 There are few dishes as timeless, as comforting, and as delicious as mac and cheese. It shouldn’t come as a surprise, then, that combining pasta and cheese isn’t exactly a modern invention, but the story of this classic is almost as interesting as it is delicious!

Like so many famous foods, this history of macaroni and cheese is a bit murky. While there are plenty of similar dishes recorded early, the most credible recipe was noted in France in 1769. Shortly after that time, a young American diplomat returned from his posting in Paris full of European enthusiasm. Thomas Jefferson was infatuated with French and Italian architecture, literature, and cuisine, and he brought that passion back to the fledgling United States.

He didn’t just bring home a love for the mac, either. Jefferson also came home with volumes of recipes from a number of chefs, restaurants, even the royal palace in an effort to enrich the American palette and inspire its own culinary identity. He even toted a pasta machine across the Atlantic because there were no domestic manufacturers in operation! His love of macaroni and cheese, in particular, lasted throughout his life, and there is even a note that it was served in the White House in 1802.

Of course, the mac and cheese many of us are familiar with comes from a blue box. Kraft, a processed food company, pioneered a number of engineering feats that, while not exactly healthy, did help feed the family. That was never more important than during the Great Depression when the company unveiled macaroni and cheese in 1937. For just 19 cents, it could feed a family of four in a time when millions were struggling to find work- and their next meal. In just a year, Kraft sold 8 million boxes.

The Second World War extended the popularity of the blue box, with many fresh foods severely limited due to rationing. This period played a role in the process of making convenience a priority for families, with fathers overseas and mothers often working out of the home for the first time; fast, delicious meals became a new priority for a nation that found itself at war and on the go like never before.

For several decades, the Kraft variety has become the de facto identity of mac and cheese, but for home chefs and restaurants, the dish has also become a source of endless creativity. From bacon to salsa, broccoli to, yes, hot dogs. Restaurants have also made an effort to cater to both those looking for hearty, sinful comfort food to a more healthful dish, with vegan cheese and gluten-free pasta options.

At home, it seems almost every family has its own version or preference; what’s yours?