The History of Pizza 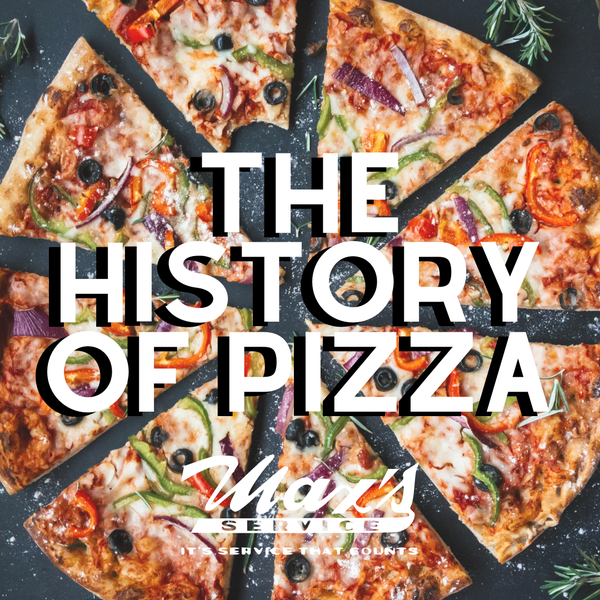 It’s one of the world’s favorite foods. The pizza, with all its cheese, its myriad toppings, and delicious crust offers so many varieties and flavors that it’s almost impossible for anyone not to have a favorite. But where did it come from, and how long has this tasty meal been around? We get into it, slice by slice.

Pizza really is one of the world’s favorite goods. According to experts, the US alone eats approximately 350 slices of pizza per second, totally a whopping 30 million slices per day. The average person eats approximately 46 slices per year, which equates to something like a third of your body weight in pizza each and every year.

But while Americans popularized pizza, it’s no secret that the pizza pie has its roots and rich history in Italy. Like so many of the most famous foods, its origins are murky. The real birth of pizza depends in large part on how you define pizza and what it looks like. Most historians agree that focaccia bread served as the forebear of modern pizza, serving as something like a flatbread that would certainly be recognizable today.

We might more readily point to the pizza iterations that came around in the 17th and 18th centuries, which began incorporating the key ingredients that truly define pizza today, including mozzarella cheese, oregano, and primarily fresh vegetables as toppings. Some parts of Italy have references to pizza as far back as the year 997 AD, but without recipes or sketches, it’s hard to determine what exactly those protozoan dishes looked or tasted like.

There are even earlier references to pizza as a flatbread in Persian and Greek history, and even an opaque reference to the dish as early as the 19th BC, in a small passage in The Iliad. Most experts believe the most reliable and realistic root of pizza was likely Roman Jews who prepared a pizzarelle during Passover, a dish that Roman troops began emulating around their empire on matzah bread with cheese and olive oil.

The migration of pizza came to the US first from Italian immigrants, though enjoyment and popularity of pizza stayed within the close-knit Italian communities even in US cities like New York and Chicago, places which, today, boast their own types of crust and a sort of regional loyalty to Chicago “Deep Dish” as the best kind of pizza.

It wasn’t until US servicemen and women came home from the Second World War that pizza became a national favorite. During their time overseas, troops developed a healthy appetite for pizza and a whole range of Italian foods, including pasta which, before the war, wasn’t widely available or enjoyed.

One of the best aspects of pizza is how easy it is to make your own, and around the world, people have done just that. In the US, we love pepperoni, but the most popular toppings can be very different; in Russia, it’s sardines and mackerel, and coconut is a favorite in Costa Rica.

Food is something that unites families, defines cultures, and brings people together. How has pizza played in a role in your history?