The History of Olive Oil 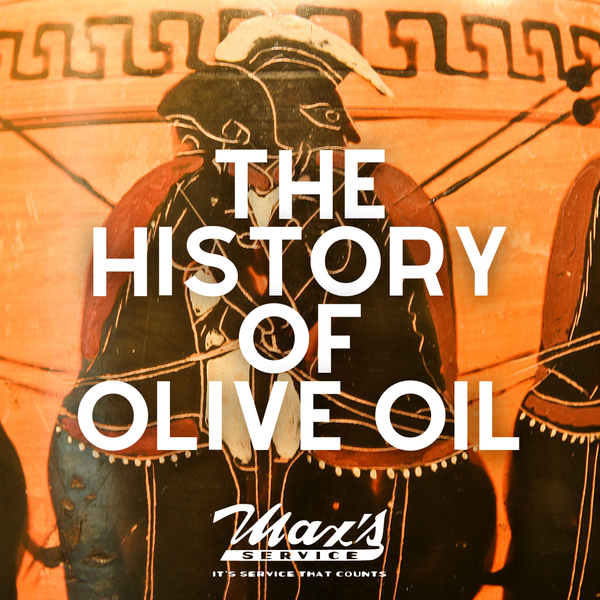 It’s built empires, saved lives, adorned the faces of kings, and delighted the palates of peasants. While the ancient world coveted gold and silver and relied on bronze and steel, it survived on olive oil. Learn more about the rich tradition of this ancient foodstuff that’s been the bedrock of Western cuisine alongside bread for thousands of years!

In the US, we love olive oil. We’re the third-largest market for the stuff in the world, but compared to other nations, our consumption is nothing but amateur. The average Greek, for example, downs almost 5 gallons of the stuff per person, per year! Americans can barely match a fifth of that total, and we’re well beyond many of the Mediterranean countries who produce the stuff. Still, it’s fitting that, after so many centuries, olive oil is still a valued and integral part of the cuisine and culture where it exploded as a food, a measure of wealth, and an economic tool.

Olive oil has been cultivated for centuries, and even with concrete evidence of production and processing dating back to 8,000 BCE, many experts believe its use goes back much further than that. It’s almost impossible to say when olive trees themselves were first domesticated, though the best evidence indicates that the earliest cultivation efforts were made in the Levant and throughout Persia, eventually spreading into Morocco before sweeping across much of the Mediterranean.

Especially in Greece, it became more than just a food source. Olive oil was used in pharmaceuticals, cosmetics, and was often slathered on naked bodies before exercise in Greek gymnasia; the first Olympians almost certainly were shining (and sticky) with olive oil.

The slow domination of the Mediterranean ultimately spread this fascination with olive oil from Greek city-states and its subdued neighbors, the Minions, and Phoenicians, to revolutionize places likes Spain. Along with democracy, olive oil is perhaps the most important cultural export of the Greeks, ultimately shaping empires in North Africa and Italy, including the Romans. The olive oil that passed along the shores of the Mediterranean served as a pillar of trade and commerce for thousands of years and became the binding thread of commerce between nations. The links for olive oil expanded as the desire for ever-more exotic and distant goods grew, linking the Mediterranean even more securely to trade with the Mongols, China, huge swathes of Africa, and the Silk Road that threaded the Middle East.

Today, trade-in olive oil is big business. Some experts believe that counterfeit or adulterated olive oil in Italy and beyond is a multi-billion-dollar business, making it more valuable than Coca-Cola or Goldman Sachs. The problem is perhaps the worst in the US, where European Union protection laws, regulations, and certification can’t protect consumers. Unfortunately, many olive oils from many, if not most, brands are at worst adulterated with less expensive seed or nut oils, or at best simply expired and rancid.

For Americans, it’s important to read the label. While the olive oil in your cupboard may say “Product in Italy”, odds are, it’s not. Many such labels are actually indications of being processed or bottled in Italy using olive oils from around the Mediterranean. While Moroccan or Spanish olives aren’t of a lower quality, the long transit time and the many middlemen along the way raise the risk of the oil being rancid before it even hits the bottle. Worse, it offers more opportunity for shady exporters to adulterate olive oil with lesser oils, some of which can cause allergic reactions or not meet normal regulatory standards.

It’s often best to buy your olive oil from a specialty shop. If you’re looking for the best price at a normal grocery store, spend five minutes digging into the brand you normally buy and learn more about its sourcing and processes to at least ensure what you’re buying is, in fact, olive oil. Oh, and that ‘extra virgin’ denotation? In the US, it’s meaningless; the FDA has ‘voluntary’ standards, which means brands can call pretty much anything ‘extra virgin’ if they want to.