The History of The Bagel 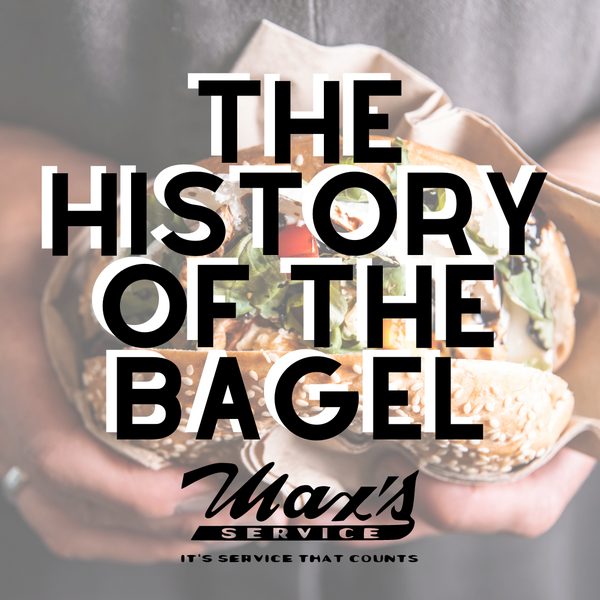 Today, they’re ubiquitous. Once the specialty of neighbor delicatessens in locations with strong Jewish and Eastern European populations, the ageless boiled-and-baked bagel is now finding itself on the cover of gourmet food magazines and a staple at high-end, trendy restaurants.

Bagels are also the course of serious conflict. It’s almost heresy to microwave a bagel instead of toast it; some people cut and eat them vertically. There are also many kinds of bagels, not all of which are deserving of the name. We’re taking a look at the history of the bagel and how it grew into a staple in the US and around the globe.

By one definition, a bagel can be a pretty basic thing; it’s a ring of dough, traditionally formed by hand, that is boiled and then baked. Most have some kind of seed sprinkled on top before baking, and some also include additional salt.

A simple walk down the bread aisle, however, will prove that there are dozens of variations these days, including cinnamon raisin, blueberry, and countless others to choose from. They’re also a trendy item on restaurant menus, often serving as a lunch staple as all-day breakfast sandwiches, lox bagels, and more.

That’s a far cry from the earliest days of what experts believe were the roots of the bagel we know today. Ka’ak, an Arabic bread dating back to the 13th century, though the first use of the term bagel to describe the same type of bread came in Krakow, Poland, in 1610.

Bagels, then and now, are closely associated with the Jewish community. The Ashkenazi Jews took their bagels so seriously that elements of what made up the bread were written into the local ordinances; talk about quality control. It’s worth noting that similar recipes are found in Polish records nearly two hundred years earlier, so it’s likely the dish traveled to the region early through trade or migrants from the Middle East, Arabic or Jewish.

The name “bagel” is from the traditional beigel in Yiddish. Even that is an adaptation from German beugel, which means either ring or bracelet. Like so many foods, there are myriad stories and claims about who invented the bagel, with communities in Palestine, Saudi Arabia, Poland, Germany, and others all offering evidence they created the first bagel. The reality is that the recipe was probably invented independently in different areas, and popularity or changes to the recipe changed through trade and migration.

Of course, it was the mass immigration of Eastern European Jews that brought bagels to the US, and the cultural home of both the Jewish community and the bagel are still firmly rooted in the city. Bagels were a fixture for decades, slowly spreading beyond Jewish neighborhoods to become a favorite in every borough. Jewish communities and entrepreneurs much further afield began to make bagels in other parts of the country, eventually leading to large food manufacturers to offer bagels in supermarkets by the 50s and 60s.

In the US, bagels have gotten bigger as they’ve gotten more popular. In 1915, the average fresh bagel for sale in New York City was 2.5 ounces; in 2003, the average was 6 ounces. That’s more room for spreads like cream cheese, peanut butter, jam, and sandwiches made with sausage, bacon, eggs, or a traditional lox, which is cured salmon and cream cheese.

Bagels are big business, too. In 2012, fresh bagel sales totaled over $630 million in the US, while frozen bagel sales hit $529 million.

Most of us eat bagels toasted, but there are a strange few who prefer microwaving them; if you feel like trying it, set your time for 28 seconds, but do yourself a favor and don’t.

It’s also neat to make your own bagels! There’s a great recipe here, or you can check out Bubbie’s Bagels and Rose and Fern, who serve Bubbie’s Bagels all dressed up as delicious sandwiches!