The History of the Washing Machine 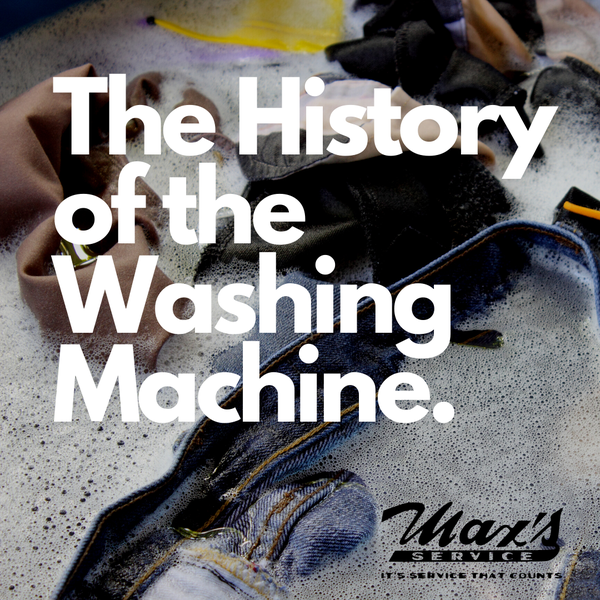 Washing your clothes may seem mildly tedious, but let us be the first to remind you of just how good we have it these days. Modern washers are efficient, easy to use, and make a once time-consuming task as simple as set it and forget it. But as you already know, this wasn’t always the case. In just a touch over a century, the washing machine went from a novelty to a home necessity in every part of the industrialized world. Let’s dive into the history of the modern washing machine.

Ever since humans started wearing clothes, we’ve been washing clothes. In every civilization on Earth, there are histories of washing clothes in rivers and streams. Early soaps and animal fats were used as detergents, while the actual “washing” of the clothes consisted of beating clothes against rocks and rubbing stains out by hand.

Washing clothes by hand was pretty miserable work. As the Industrial Revolution took hold of the United States by the late 1800s, a middle-class emerged with the discretionary spending for appliances such as washing machines. Wooden and metal machines, all hand-powered, first popped up in middle-class homes across the country. These machines saved the women of the household hours of labor each week, giving them more time to spend with family and friends.

By the early 1900s, the consumer washing machine market made the slow transition of adopting to a technology that transformed the world - electricity. As homes in the United States were hooked up to the electric grid, electric washing machines from companies like Maytag (est. 1893) and Whirlpool (est. 1911) designed and sold electrified machines that we would recognize today.

Since the early days of home appliances, few inventions have had a larger impact on everyday life in America than the washing machine. The time these appliances save the average American family each week is difficult to calculate, but it no doubt immense.

Can you imagine washing your clothes in the nearest stream on a cold, October day in Michigan? Or worse, could you imagine going months without washing any of your clothing items at all like they did in the pioneer days? The next time you groan about having to put in a load, just remember how far we’ve come in getting our clothes clean.