Where Did Gingerbread Houses Come From? 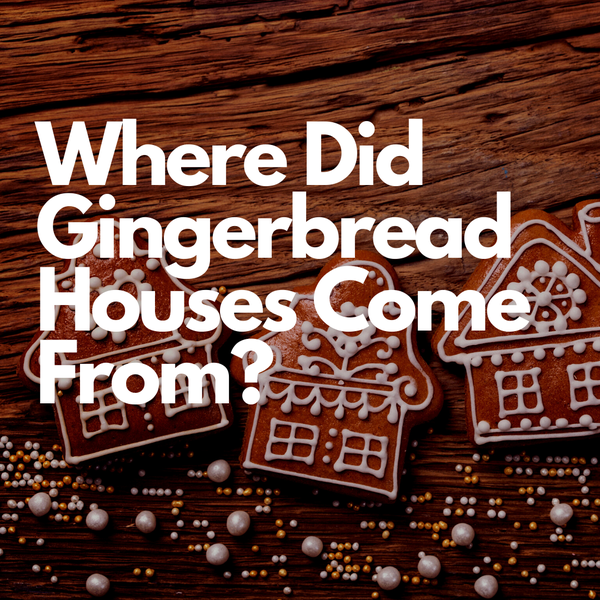 While many of these traditions have a clear purpose, the origins of some of these Christmas past times or customs are a bit more obscure. For example, gingerbread houses. Why are they associated with Christmas and when do they first start becoming part of the YuleTide festivities. On a snowy December afternoon, I decided to find out.

The Origins of Gingerbread in Europe

To talk about gingerbread houses, we first have to learn about ginger. This spice originates in the Middle East and was incredibly important for ceremonial purposes in Egypt and Greece. European Crusaders brought the spice back with them and established trade routes to keep the popular spice coming.

In the 1500s, gingerbread was established as a food and art form, combined. Skilled artists carved figures into the bread to tell the news of the day, depict rulers and religious figures, as well as biblical scenes.

Hansel and Gretal’s Impact on Gingerbread

When the Brothers Grimm released their fairy tales, including “Hansel and Gretel,” in the 1800s, that’s when gingerbread houses finally took shape en masse. They were most popular in Germany, and the tradition of building gingerbread houses around Christmas time came with them when they immigrated to the United States and Canada.

Here in the United States, families across the country come together for competitions of their own. Even if it’s not a competition per se, families love to see who can create the most beautiful (and delicious!) gingerbread houses when the Christmas season rolls around.